AIRM: Rhythm Out of Time 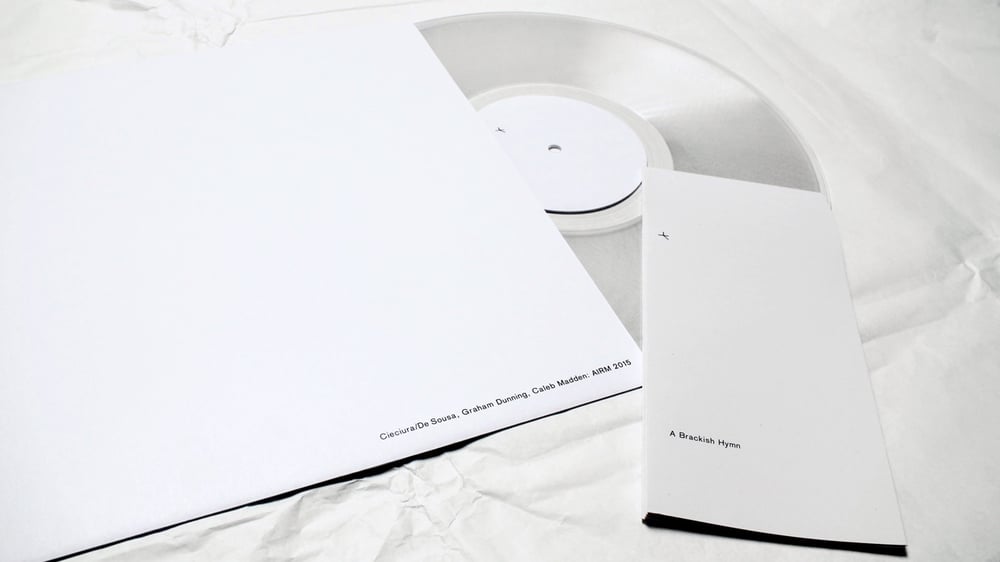 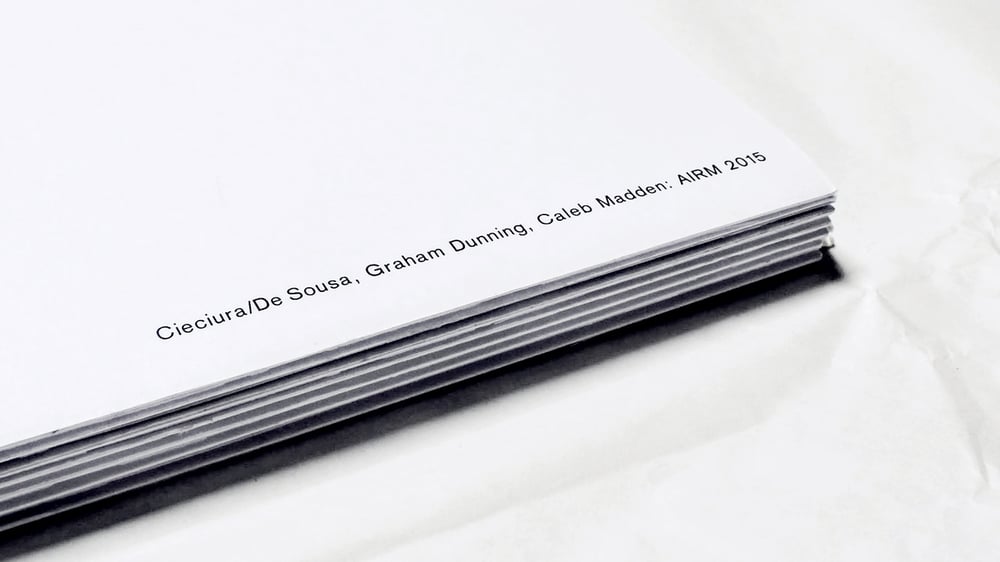 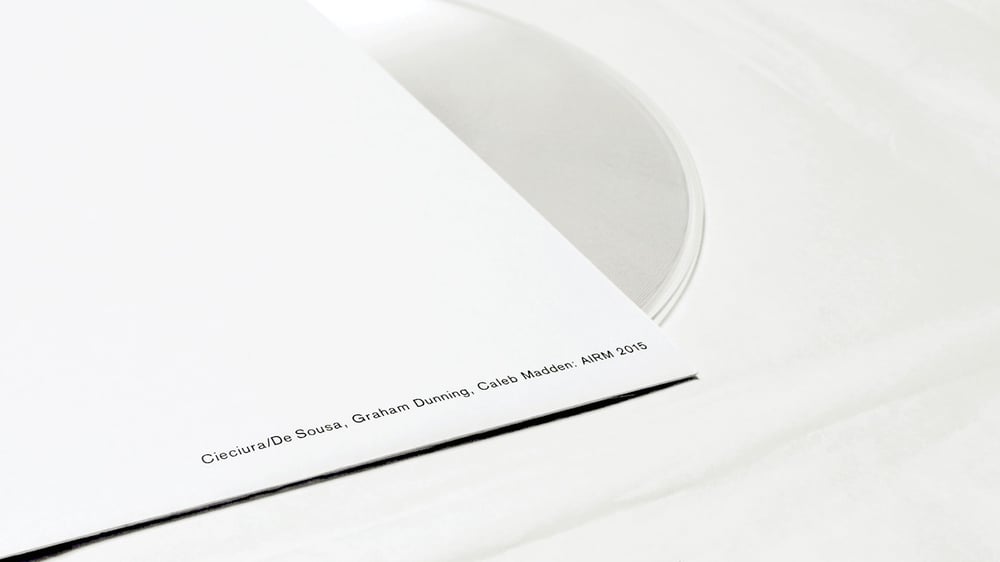 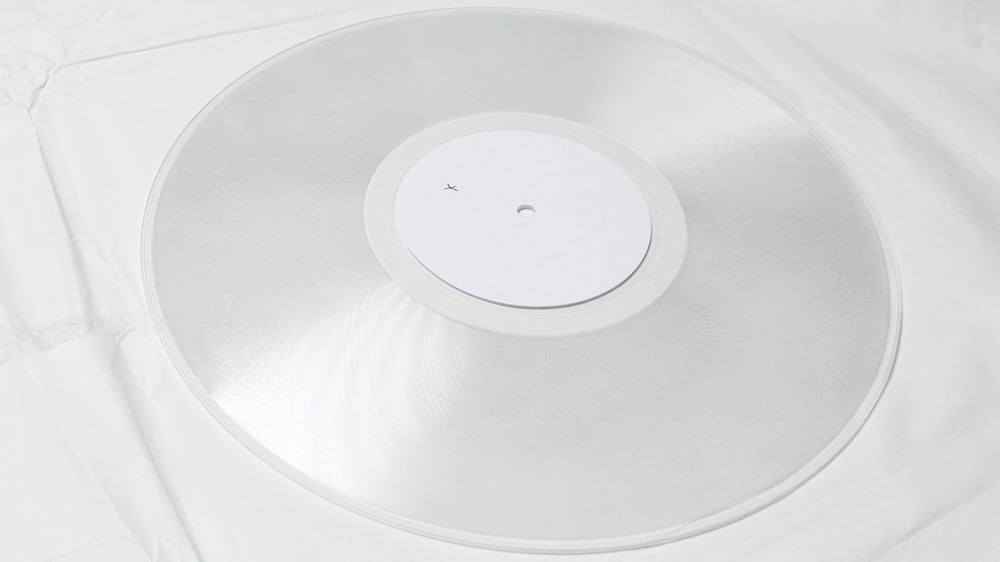 Due to the current situation, delivery times are a bit longer than normal. Once an order has been made, we will contact you directly with an estimated dispatch date.

Taking as its starting point two seemingly incongruous landmarks in Romney Marsh, AIRM 2015 is a limited edition sound work created by Cieciura/De Sousa, Graham Dunning and Caleb Madden that leads the audience to question the nature of this complex, changing landscape.

The clear vinyl, double A sided, 12 inch dubplate, captures a unique collaboration between the artists, specially commissioned by the De La Warr Pavilion for the Art in Romney Marsh Festival 2015 (AIRM).

A Brackish Hymn is a recording of the installation created by Caleb Madden and Cieciura/De Sousa for the Festival. It explored the local Romney Marsh landscape, placing the sound of the nearby Little Cheyne Court Wind Farm directly into the context of a 14th century church at the centre of the Marsh. By audibly experiencing the modern mechanical rhythm of the giant turbines within the church's ancient enclaves, the audience were invited to engage with and question the proximity of the two landmarks and perhaps also the wider resonances this may have within the changing global landscape.

Three Note Cycle (A Brackish Dub) is a composition by Graham Dunning, based on the original field recording of the wind turbines for A Brackish Hymn. The composition references the shape and movement of the wind turbines. Dunning used a bespoke iteration of his Mechanical Techno setup: several rotating layers built on a single turntable, each adding a different sonic element to the piece. The first two layers were lathe-cut recordings of the wind turbine field recordings. Next, a single rotating peg triggered one of three analogue synthesizers in turn, each amplified by one of the speakers making up the installation. Each synth played a single note, and by altering the parameters Dunning extended their durations, causing them to blend together into a chord. The structure of the composition was based on that of a classical Indian Raga; the notes used in the melody were all taken from the present fundamental tones in the field recordings. Three Note Cycle uses the idea of a dub as a reworking or version, a live mixdown using the mixing desk as instrument.

AIRM 2015 includes the keepsake distributed during the live showing of A Brackish Hymn. The paper foldout details the location of each of the Little Cheyne Court Wind Farm wind turbines, as seen from Google Maps. Each icon being a representation of the shadow cast by a wind turbine as viewed from above, a seemingly broken crucifix. The minimal design dubplate sleeve maintains this integral motif.

Ten dubplates of Cieciura/De Sousa, Graham Dunning, Caleb Madden AIRM 2015 were pressed and made available to purchase. The original digital versions have been deleted.

Enter code LOCALPICKUP at the checkout to collect your order from us. Once your order has been processed our team will email you to let you know your collection date. De La Warr Pavilion is currently closed due to the second lockdown, this may lead to delays in our collection service.

We now take part in the Own Art scheme where you can spread the cost of contemporary art and craft over 10 equal monthly installments for £100 up to £2500.